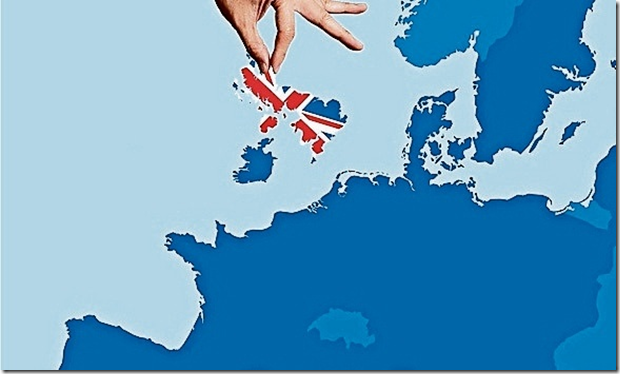 One of the big questions that continues to pop up in the Brexit debate is how each country will vote? Leaders from Northern Ireland, Wales and Scotland have taken opposing views as to where they stand in the EU referendum. Thus highlighting the regional divides that the debate will bring up. Let’s see where they stand:

Scotland’s First Minister, Nicola Sturgeon, has said she would like to see “a strong and positive case” for the UK to remain in the EU.  She also said David Cameron’s negotiations were argued on narrow grounds. Both, Alex Salmond (the former leader of SNP) and Nicola Sturgeon have warned that Brexit will reopen the question of Scottish Independence. Mr Salmond said that the second referendum will be “irresistible and I think very rapid”. This was supported by the First minister who said, “If we get into the situation where Scotland stays to vote in, the rest of the UK votes to come out, then people in Scotland will have big questions they will want to look at again about whether Scotland should be independent”. She also made a similar statement on the Andrew Marr Show as she said it will almost certainly trigger a second referendum. Additionally, she has previously called for the EU referendum to be subject to a double majority whereby there will need to be a majority in each part of the UK rather than a simple majority.

Compared to other parts of the UK, Scotland is more pro-European. This is partly down to the current Scottish government, SNP, which the majority of Scotland’s population are supporting. It is seen by SNP that an independent Scotland being part of the EU is only possible if they have a pro-EU stance. Additionally, Scotland benefits from EU subsidies and exporting to the continent without trade barriers. Brexit could have a great impact on the Scottish economy as Britain Stronger in Europe (pro-EU campaign) has said Scottish Exports to mainland Europe are worth £11.6 billion. Furthermore, Scotland in the next few years will be receiving £33 million from the European Agricultural Fund for Rural Development and hundreds of millions more from structural funds. Polls have shown that Scotland is in the remain camp. A poll by Comres found that amongst 1,105 British adults the support for remaining in the EU was higher amongst the Scots, compared to the UK as a whole. 59 per cent said they will vote to remain whilst only 31 per cent said they will vote out. Similarly, a poll by the Daily Record showed that 66 per cent want the UK to stay in the EU and  28 per cent will be more likely to back independence if the UK got out of the EU (14 per cent less likely to back independence).

The debate in Wales is likely to be centred around the financial benefits of the EU membership. Wales is said to have received an estimated £3.8 billion between 2007 and 2013 from the EU’s Common Agriculture Policy, structural funds and other funding streams. Labour’s first minister, Carwyn Jones has said that the Welsh electorate have a choice about the money in their pockets “£3000 per household, right across Wales”. He further added that the farming industry in Wales (58,000 farmers in Wales)  could come to an end as “our farmers depend on over a £200m a year of subsidies and access to the European market”. The Welsh government has said the country will benefit from £50m of EU investment each year under various funding schemes. Despite Wales being one of the main beneficiaries of the UK membership, it has grown Eurosceptic. According to Barometer, the country’s 2.2m voters will decide to leave the EU (45 per cent to vote out and 37 per cent to remain). The leave vote has grown by 3 points since December and the remain has decreased by 3 points. The Vote Leave camp had not gotten more than 40 per cent of the vote until the end of last year. This is seen with the rise of support of UKIP in Wales, with the party polling ahead of Plaid Cyrmu and Liberal Democrats who have both been in government. Recently, Plaid Cyrmu leader Leanne Woods argued similarly to Sturgeon that UK should only leave the EU if all four countries voted to leave.  It is said that the pro-EU parties are fearful of how close the June 23 poll is to Welsh Assembly elections and they will not have enough time to come together. Many argue that the money the UK spends on the EU budget could be used in Wales. Campaigners argue that there is little evidence that money from EU has made a big difference in Wales. Many in Wales are unhappy with the Labour administration, as well as the loss of steel jobs at Port Talbot which some blame the EU for its failure to prevent Chinese steel dumping. This has therefore lead to a drop in support for the EU.

A poll in November showed that Northern Ireland wanted to remain with 55 per cent wishing to remain and 13 per cent wanting to go out. However first minister of Northern Ireland,  Arlene Foster said she was recommending Britain to vote out of the EU. This is because she said the Prime Minister’s negotiations did not go far enough in securing fundamental reform of Europe. This is likely to cause heated debates and divisions, where Northern Ireland has a power-sharing government (DUP shares power with Sinn Fein, Ireland’s nationalist party). Northern Ireland’s deputy first minister, Martin McGuiness said “the future of Ireland north and south is in the EU and Sinn Fein will be campaigning vigorously to stay in”.

Indulge in the greenery 🟩🟢💚🍃

© Renaissance Ideal 2022. All Rights Reserved. No part of this website or any of its contents may be reproduced, copied, modified or adapted, without the prior written consent of the author, unless otherwise indicated

© Renaissance Ideal 2022. All Rights Reserved. No part of this website or any of its contents may be reproduced, copied, modified or adapted, without the prior written consent of the author, unless otherwise indicated