The European elections illustrated the change in European Politics. This shift in European politics has been described as a new wave of nationalism. However it was not only the political right that had success at the ballot box, the radical left saw a rise in support. It was certainly a wake up call for mainstream parties in Europe.

In the UK, UKIP had won 27.5% of the vote and had 24 MEPS elected. It was the first time that a party other than the Conservatives or Labour has a won an election in the UK in a hundred years. Labour came second with 25.4%, followed by the Tories and Lib Dems lost all but one of their seats. It was not only in the UK, there was a rise of the far-right, anti-EU Parties and anti-austerity groups from the left across Europe. In France, the National Front (FN) won 25% of the vote whilst President Hollande’s socialist party vote share was 14%. In Greece, the far left anti-austerity party, Syriza won for the first time in Greece. Also the country’s extreme right party, Golden Dawn, who was third behind Syriza and New Democracy did well in local elections. In Austria, the far right Freedom party took around a fifth of the vote and in Hungary, the neo-fascist Jobbik took 15%. In Denmark, the anti-immigration party, Danish People’s Party won. The hard left party, Sinn Fein did well in Ireland but in Germany it was otherwise. Angela Merkel’s party The Christian Democrats had an expected victory but Europe’s most powerful state saw its return of Eurosceptics with its first Neo-Nazi MEP.

So the question is, why has this happened? What has happened in Europe? Why has there been a shift from the centre to extreme right and the hard left?

After five years of cuts, austerity and economic hardship across Europe, the European Elections highlighted the disenchanted voters who chose to support fringe parties instead of mainstream parties. There is a feeling across Europe that mainstream parties have failed to deliver on economic stability and prosperity in Europe. The weak recovery in Europe has given populist parties the platform to blame foreign direct investment and favour domestic workers and firms, anti-immigration regulations and state capitalism. These nationalist parties often tend to dislike supranational organisations like the European Union, World Trade Organisation, World Bank, International Monetary Fund and the United Nations. This is because of the belief that supranational organisations such as the EU interfere with the fundamental principle of national sovereignty.

Whether individuals voted for the hard left or the far right, the European Elections 2014 brought about historic results and is set to have an impact in national politics across Europe.

Peter Hain, former Cabinet minister, was quoted in the Daily Mail: “Whether we’ll have a majority , which I will fight for along with every other Labour Party member, I don’t know because it’s very, very hard to win a majority now in British Politics because we’re not in a two-party system, which we had for generations. We’re in a multi-party system”

This illustrates the sudden change that UKIP has brought about in in British Politics recently. Peter Hain, claimed that Labour would not be able to win a majority due to the success of UKIP, supports the view that there is a rise of nationalism in Britain and across Europe. Other prominent Labour MPs have argued that the rise of UKIP is the result of working class voters leaving the party in support for UKIP and other far right parties. Shadow chief secretary to the Treasury Rachel Reeves warned about the loss of Labour support at the recent European elections.

“The Labour party came into existence to give a voice for ordinary working people.

“What I saw… were middle class, public sector, well-educated young graduates voting Labour, but the people who the Labour Party was set up to help, abandoning us.” 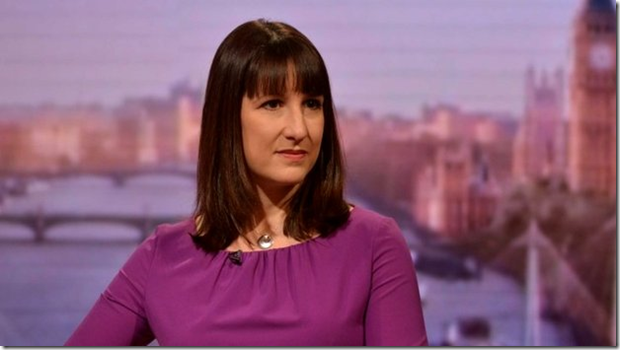 It can be argued that the common held view that immigration and the EU are the results of the rise in nationalism, can be disputed. This is because the rise of radical parties could also be a sign of disappointment in long-term traditional centre left-right politics. The mainstream parties have either failed or compromised to have strong policies on key areas like the the economy and immigration.

As highlighted by the rising star of Labour, Rachel Reeves warned activists, at an event at Queen Mary University of London: “ Our very raison d’être will be threatened if the working people, who the Labour Party have got to be there for, and got to be a voice for, start to drift away because they don’t see us as the answer”

Politics in recent times has shifted to the centre, where in the past what distinguished parties like the Conservatives and Labour is now hard to find. This failure in the mainstream parties differentiating themselves, has provided far right and far left parties the opportunity to capitalise on disillusioned voters. Therefore it is up to Cameron, Miliband, Clegg and other leaders of mainstream parties in Europe to find convincing solutions to the problems EU citizens face today.

Although there has been a rise in the votes for radical parties in the 2014 European Elections, they did not do well everywhere. For example Netherlands’ Greet Wilders’ anti-immigration Freedom Party did not do as well as expected as well as Finland’s Finn Party. Furthermore, the Pro-Europe parties still control about 70% in the European Parliament, though this is a fall from 80% in 2009. In the European Parliament, the parties of the right range from the Britain’s euro-reformist Conservatives to far right groups like Marine Le Pen’s FN. Groups in the European Parliament must have 25 seats and consist of seven nationalities, which the second requirement is often difficult to meet. Nigel Farage refuses to form an alliance with Marine Le Pen, as he views her as anti-Semitic and racist. Likewise, Marine Le Pen feels the same way about Hungary’s Jobbik and Greece’s Golden Dawn. It is unclear whether there will be a alliance between the European far right parties because of this. 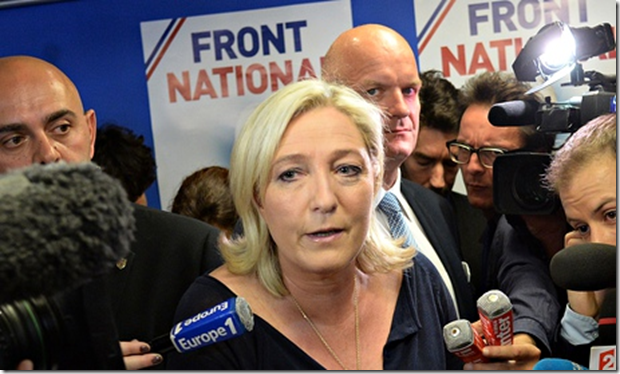 Whether the economic recovery will push Eurospectism into the background or the radical parties will continue to be at the forefront, it is too early to know. One indication would be national elections. In particular, Britain’s upcoming General Election 2015.

During the time Great Depression of the 1930s authoritarian regimes in Italy, Germany and Spain arose, there may be similar worrying trends to come if the European economy does not continue to pick up.

What are your thoughts? What is going on in Europe?